H. medusa is considered a valid name for plants native to Indonesia while H. myriotricha are applied to plants in Vietnam and Laos. 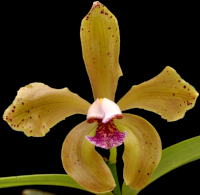 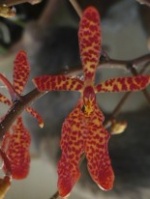 Notes.— In tropical SE Asia there are several Habenaria species with the lip side-lobes deeply split into a large number of filiform lobes, and two subgroups can be distinguished. The first comprises those species that have bilobed petals which are often further split into laciniae (including H. holotricha, H. ternatea Rchb.f., H. andamanica Hook.f., H. polytricha Rolfe), while the other group has entire petals (among others H. medioflexa, H. myriotricha, H. trichosantha, H. medusa Kraenzl., H. beccarii Schltr.).
Diagnostic characters within the group are the number of the lobes of the petals and the lip, the sepal size and the spur length. The taxonomy of the group was discussed by Seidenfaden (1973) who pointed out that the differences between the species are very small and that a thorough study of the entire group is needed in order to clarify the relationships and to determine whether all species are sufficiently distinct to be recognised. The only Thai species with laciniate-split lip lobes and two-lobed petals is H. holotricha. The plant had originally been identified as H. andamanica which is indeed very close, and in future may prove to be conspecific.

Notes.— In this treatment I follow Seidenfaden (1992: 60) and Vaddhanaphuti (2005: 166) who maintain Habenaria myriotricha as a separate species. Based on his recent studies Seidenfaden (1992) doubted his earlier opinion that H. myriotricha is conspecific with the Indonesian H. medusa Kraenzl. (Seidenfaden, 1972; 1973), but at the same time he pointed out that in the whole group of Habenaria species with laciniate lips the available material is too scarce for studies on the variability of the plants.
Nevertheless, Kew’s World Checklist of Monocotyledons (http://www.kew.org/wcsp/monocots/), Schuiteman et al. (2008) and Cavestro (2007: 206) consider the two taxa as conspecific. Interestingly, neither of the two appear to occur in Peninsular Malaysia as H. myriotricha is known from Laos, Vietnam and Thailand while H. medusa is found in Sumatra, Java, Borneo and Sulawesi. Although such distribution gaps are indeed known to occur in plants, it adds further doubt to the possible conspecificity of the two taxa.
The differences between this species and the following Habenaria trichosantha are also very slight, both being characterised by narrow, entire petals, deeply dissected lips and gynostemia with rather low auricles. They seem to be distinguished merely by flower size: H. myriotricha has smaller fl owers with median sepals measuring 8–8.5 mm in length, while H. trichosantha has median sepals longer than 10 mm. 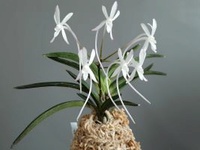 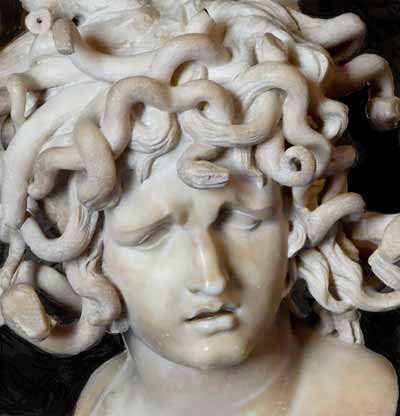